Now That The Ink Has Dried 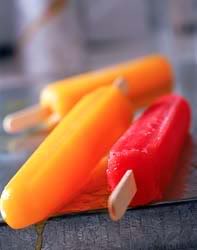 “Faith is not necessarily the power to make things the way we want them to be;

it is the courage to face things as they are.”

I wrote the story, as the script to a 90 second video, which I entered in the The Million Miles Short Film contest last week.

So, this story of Me and Ah-Ma has never been told, except to less than a handful.

A Line Being Drawn

I wrote the initial draft, not believing I would actually publish or film it. I did it as a challenge to myself.  There is something powerful and healing to write the unspeakable and have it stare you in the face.

A line between the old and the new was drawn.  I was stepping over to embrace my new story, by telling the old.

I emailed an old college friend, Winson, and asked if he’d be interested in helping me produce it. I really didn’t expect him to say yes. The last time I spoke to Winson, I thanked him for video taping our wedding ceremony, as I hugged him and his wife Claura goodbye, standing in my satin white gown. Seven years ago.

As it turned out, he’d love to.

I suddenly found myself sitting down, writing pages and pages of the darkest season of my life. I cried and grieved, like it was all just happening again. With each flashback, the pain of memories put to the side and buried away, returned like they had never been gone.

I ended up writing it all out, until the ink in my pen ran dry.

The final cut, I shared it with you.

When The Ink Has Dried

The night before it published, I trembled, hearing the gremlins terrorize me.

But, when the tears have run and the ink has dried,
there comes a time we must believe God for who He says we are becoming — instead of the person we fear we still are.

Today’s post is an exception to my usual Faith Barista brews. This past week, I’ve been the recipient of your shots of faith.

Today, I want to take time to thank you, for your emails, comments, and tweets since my mini-story has gone out.

Thank you for your words of encouragement, your gracious and well chosen words, to lift and protect me.

Out of my imagined fears, internal critics, and an isolation built out of hiding — you welcomed me, as I took my step publicly, to tell my short tale.

I have been resting emotionally since last week, as my heart has been filled with gratitude.  Your voices reached my heart and your support strengthened my joy.

I’m back to first say, Thank you.

I’ll be starting a new series now– Living Your Story— inspired by your What Ifs (from the Faith Barista Jam) and some more stories from Going Off Script.

I look forward to swapping stories and learning to write our new faith stories together.

Sometimes, we must share the old, cry a little, in order to share the new and smile that much deeper.

Now that the ink has dried — for now — we can put down our pens, and pick up a popsicle.  What do I mean?  Put up our feet and take some time to just enjoy the sweetness.
Take a moment. Reflect on your story.

Can you see the new you are becoming?

We can rest knowing God sees. He continues His writing in you.

“As for the saints who are in the land,
they are the glorious ones in whom is all my delight.”
~ Psalm 16:3

Gremlins: What Do You Feed Your Stories? (The What-If Faith Barista Jam)
When We Try To Kill Our Stories: Contest Results & Reflection

““If the Kingdom of Heaven is like a treasure hidden in a field,
Whispers of Rest is a map to that peace uninhibited.”

You make this place real! This is our cafe “corkboard” of Faith Barista Kindreds. Add a photo of you to our community. 🙂 Enter your blog & choose your thumbnail.